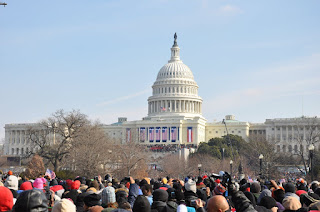 I was there. I was there with Jack Pappas. I am uncertain that I could have done it alone. A battle was waged on all fronts. I fought the battle at every front. Jack fought beside me. We fought the battle individually and we fought the battle together. We overcame to see a new day. Encouragement, optimism, perserverence and hope saw us through. Like a Hemingway novel, our core was tested to survive. Man versus nature, man versus man, man versus himself. The battle was waged. Bitter cold with no reprieve. A sea of people with no shore in sight. The frailty of my own human flesh and uncertain spirit. I stood aside Jack and shoulder to shoulder with every person who hoped for change, progress and redemption. The sun shone on a new day. And I was there.

Posted by Irishechoes at 5:50 PM No comments: 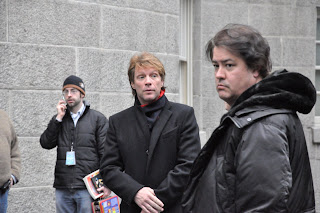 More on the Inaugural weekend coming soon.
Posted by Irishechoes at 11:48 PM 2 comments: 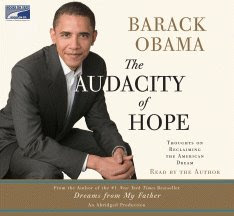 I recommend this book.
Posted by Irishechoes at 5:52 PM No comments:

So the Mountfort clan came into town and some of the local tribemembers met them out on the town. It was good times, food drink and the whole range of attempts at humor. Yeah we sprinkled in some politics, theology and technology too. Just being connected through blood and reconnecting over a dinner felt good. 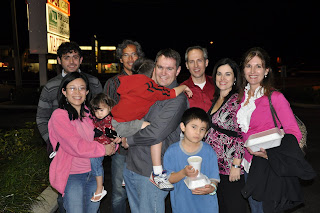 Tim & Huilan told us they are moving to China. I think I'm going to make the road trip to see them when they're there. I don't know where they'll be specifically, but you can just ask when you get there. "Hey do you know Tim and Huilan Mountfort?" That'll work, right?

Jack & Emma looking lovely together. By the way, they weren't actually posing. This is a candid shot. They just stand around like this all the time. Nobody knows why. 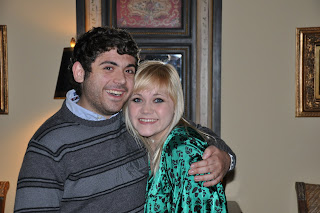 Posted by Irishechoes at 6:55 PM No comments:

Welcome to my blog. From here, I will stay in touch with my family, friends and anyone else that finds the content interesting, funny or worth considering.

I will start blogging about my upcoming trip to D.C. to see the inauguration of Barack Obama as the next president of the United States. Stay tuned.
Posted by Irishechoes at 6:44 PM 2 comments: